This dataset shows the number of seat which each political party received in 25 capital and provinces across the country for the 4th mandate of commune /Sangkat council election released by National Election Committee (NEC) on the 25 June 2017. In addition, it also consists of the total number of commune council, female commune council, commune chief, first deputy and second deputy by provincial level.

Seat_won in Datastore via GeoServer 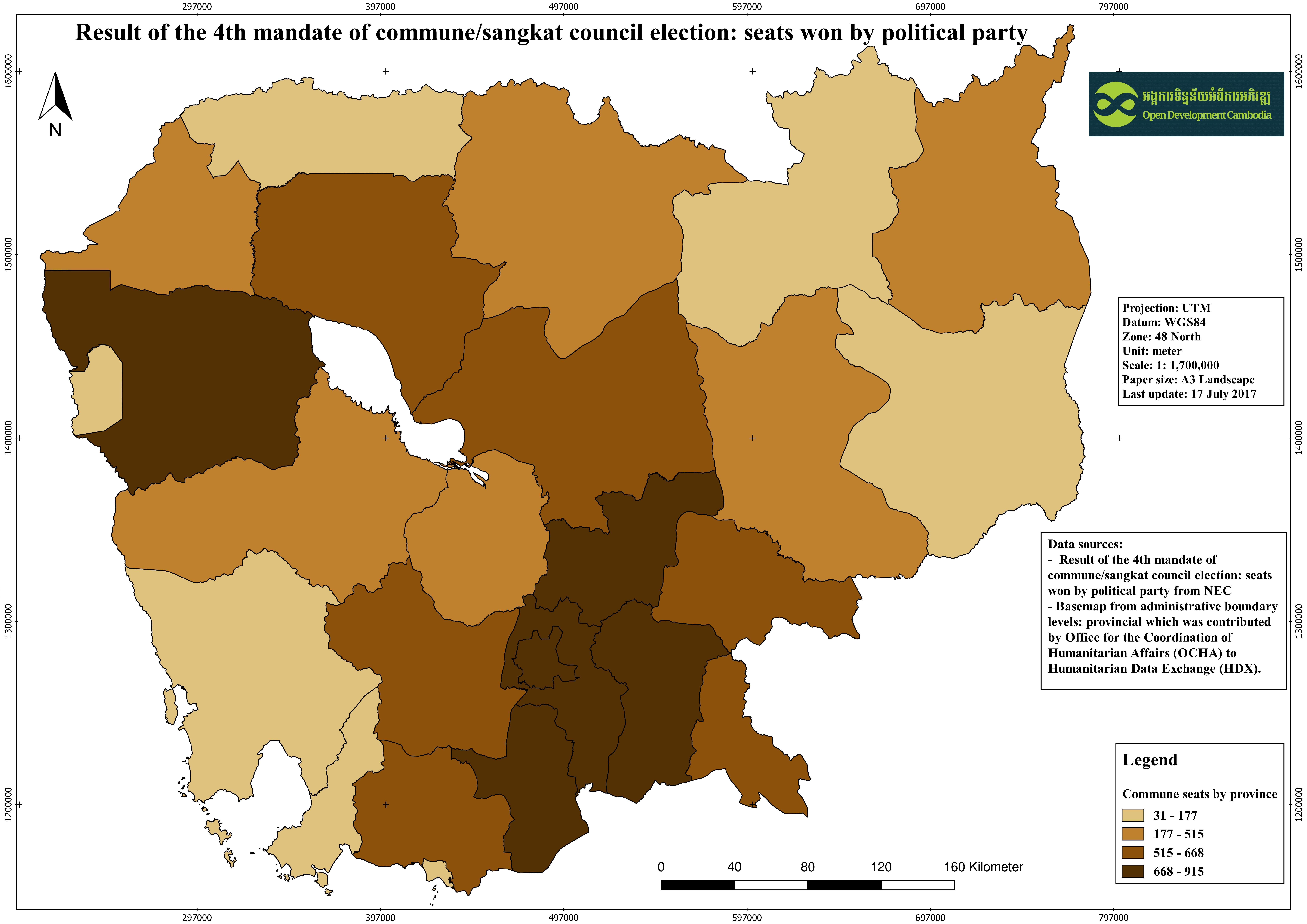