This spatial data shows the 115,273 sites targeted in the 231,467 US bombing sorties flown over Cambodia between October 1965 and May 1975, dropping 2,757,107 tons of munitions. It contains information such as date of the bombing, exact location, the number and type of aircraft in the sortie, bombing load and ordnance type, the nature of the intended target, and bomb damage assessment (BDA). Individual sortie payloads ranged in size from tens of lbs. to several thousand tons. The dataset details the 42 aircraft types deployed, including B-52's, and the 188 types of munitions they dropped, including 500-lb. 'carpet bombs', cluster bombs, fire bombs and 1000-lb. bombs 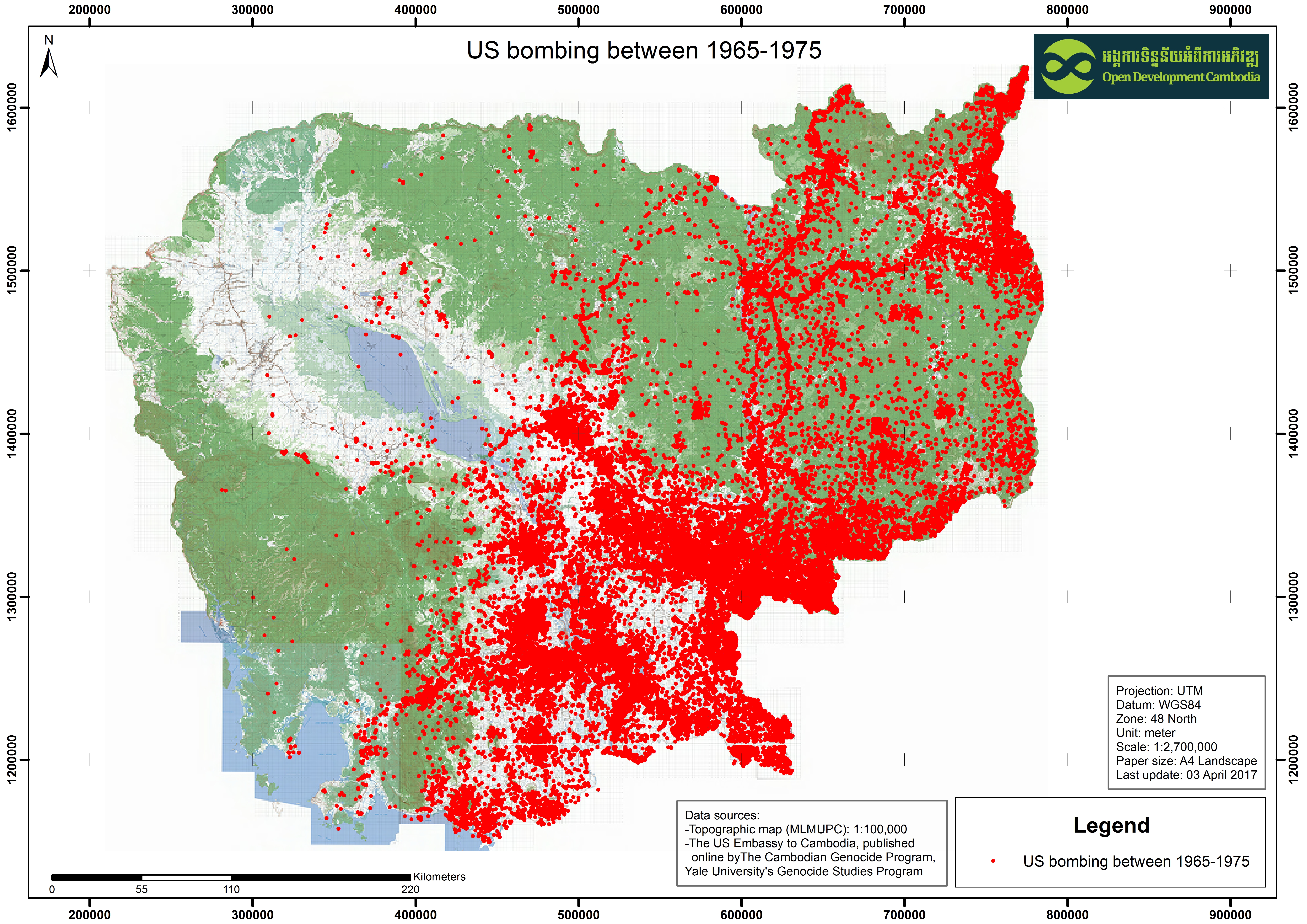